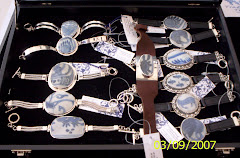 The Kingdom of the Netherlands

Where is the Netherlands?
The Netherlands is in Europe. It lies on the North Sea, next to Germany and Belgium. She has a population of 16 million citizens within an area of 41,526 sq km. ‘Nether’ stands for “low” or “below” and indeed Netherlands are, literally the low lands.
The Netherlands is sometimes called Holland. This is not right, because Holland is the name of two of the twelve provinces that make up the Netherlands: North Holland and South Holland.
The Netherlands is a constitutional monarchy. The monarch, HRH Queen Beatrix is the Dutch head of state and together with the ministers, make up the government. The Dutch flag is red, white and blue.
Most of the inhabitants of the Netherlands live in the west of the country, where the four largest cities are located: Amsterdam, Rotterdam, The Hague and Utrecht. This area is known as the Randstad. Amsterdam is the capital of the Netherlands, but The Hague is the seat of the government.
The Netherlands is a multicultural society. Other than Moroccan and Turkish; many people from Suriname and Indonesia live in the Netherlands. This is because at one time, these countries belonged to the Kingdom of the Netherlands. The Netherlands Antilles and Aruba, a group of islands in the Caribbean, still belong to the Netherlands.
Out of the total 16 million populations in the Netherlands, 95%are of Dutch nationalities while the rest of the 5% consists of peoples of other nationalities. Moreover, 31% of the Dutch people are Catholic, 21% Protestant, 5.3% Muslim 2.7% with other religions with the remaining 40% do not belong to any religion.
The Netherlands became very rich in the 17th century, and that is why it is called the Golden Age. The Netherlands did a lot of trade in Indonesia and Malacca ( Melaka ) in the Far East and also to Japan where trading posts for buying and selling were set up in all these countries.
Dutch merchants ( traders ) made lots of money from their trade with foreign countries. They would sail to distant lands in ships loaded with silvers and gold, which they used to buy things they could not get in the Netherlands, such as spices ( pepper, cinnamon, nutmeg and cloves ), silk, cotton, porcelain, coffee, tea and sugar.
The ships that sailed to the Far East belonged to the Dutch East India Company. The Dutch name of the company was Verenigde Oost-Indische Compagnie, or VOC for short. The VOC was set up by merchants in 1602 and existed for almost 200 years.
Today the one reason why the Netherlands has been able to grow and prosper is the fact that she has shaped her environment. The Dutch people are famously known for flood defences , dams, levees, and storm surge barriers. The history of the Netherlands is very much the history of water defence strategies and land reclamation. It is this history of adapting to change, inventing and reinventing, experimenting and innovating that have kept the Dutch people’s feet dry! If it weren’t for their sophisticated system of water defences, two-thirds of the Netherlands would be flooded. Incidentally, the lowest point is an area within the town of Nieuwerkerk aan de Ijssel, which is 6.74 meters below sea level.
Well-known Dutch companies in Malaysia include:-
Philips
Shell
Unilever
Oce
Thales.
Also visit www.netherlands.org.my the Embassy of the Kingdom of the Netherlands in Malaysia
Posted by mam at 5:15 AM 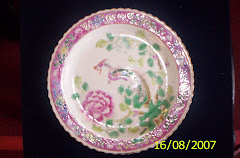 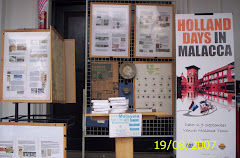 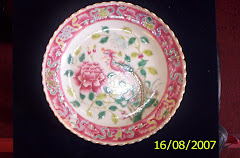 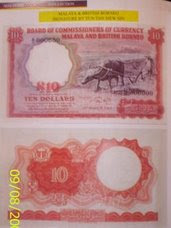 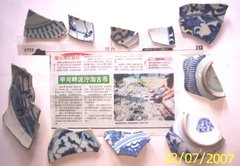 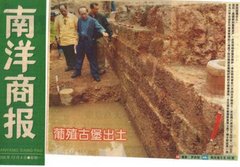 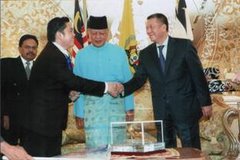 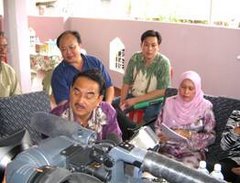 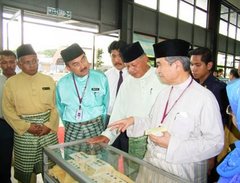 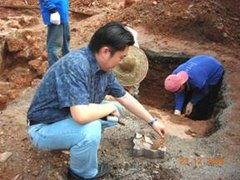 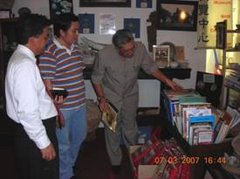 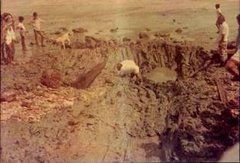 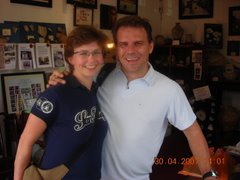 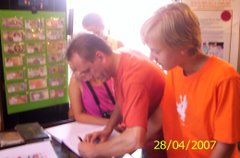 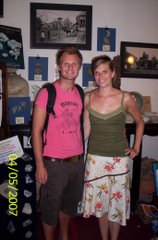 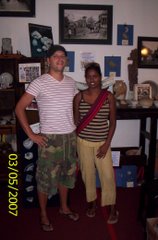